(Okay. So maybe I'm over-stating it a bit, but it is SO DELICIOUS!) 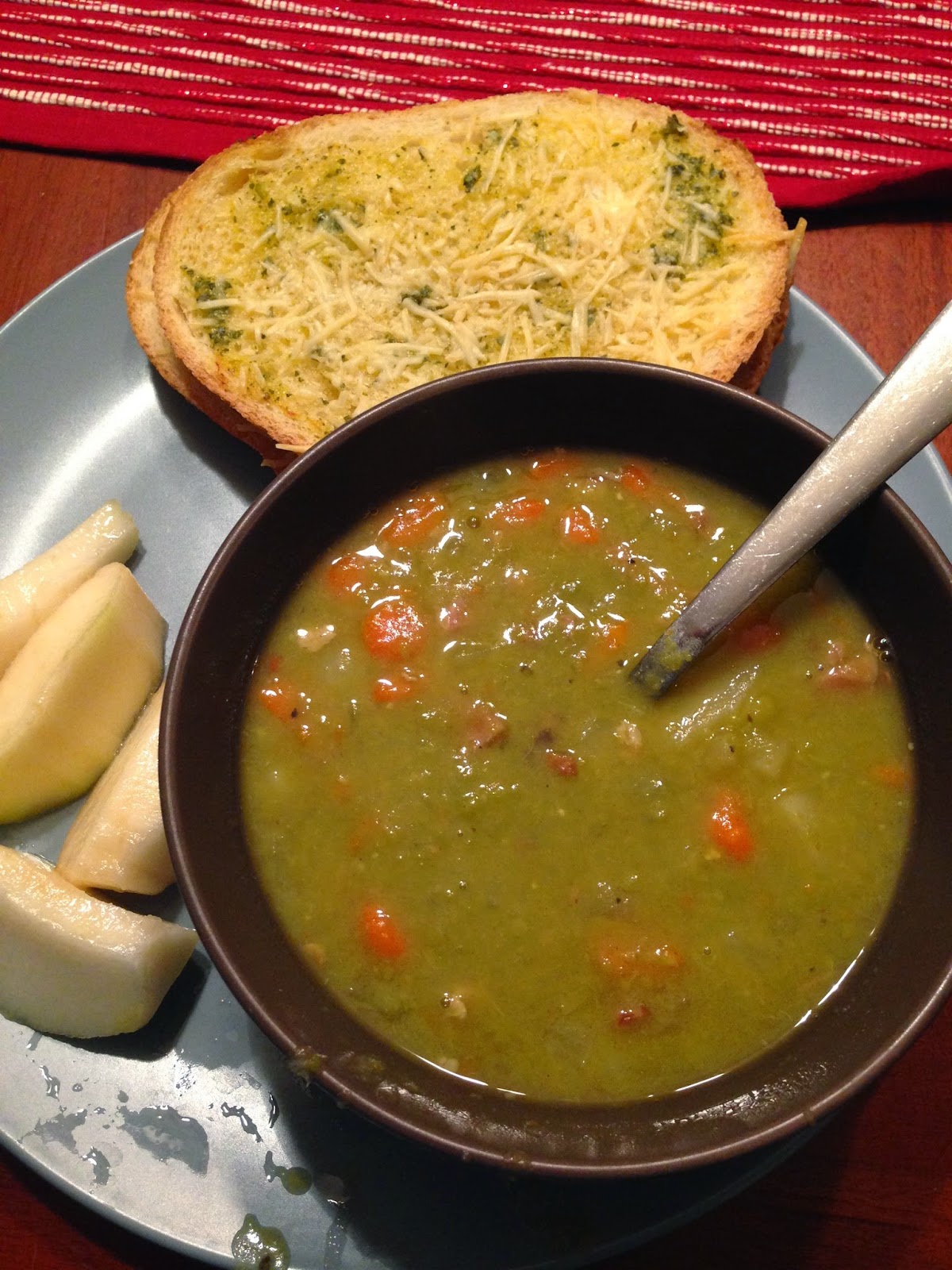 Ever since I was a little girl, split pea soup has held a special place in my heart. I don't know what it is about this soup, but it's the ultimate comfort food for me. I love it. So much. But here's the thing, I'm super picky. I won't eat just ANY old split pea soup. It has to have a certain flavor, a certain texture - smokey and salty and smooth. I'm ashamed to say that even though this soup tops the list of my all-time favorite foods, I've never actually attempted to make it myself! It sounded way too intimidating. As fate would have it, I was browsing the local discount grocery store the other day and I found bags of split peas for 99 cents a piece! I picked one up, put it down, picked it up again and put it in my cart, giving myself a pep talk, "I can do this. I can try this. I'll just look around on Pinterest. What's the worst that could happen?" 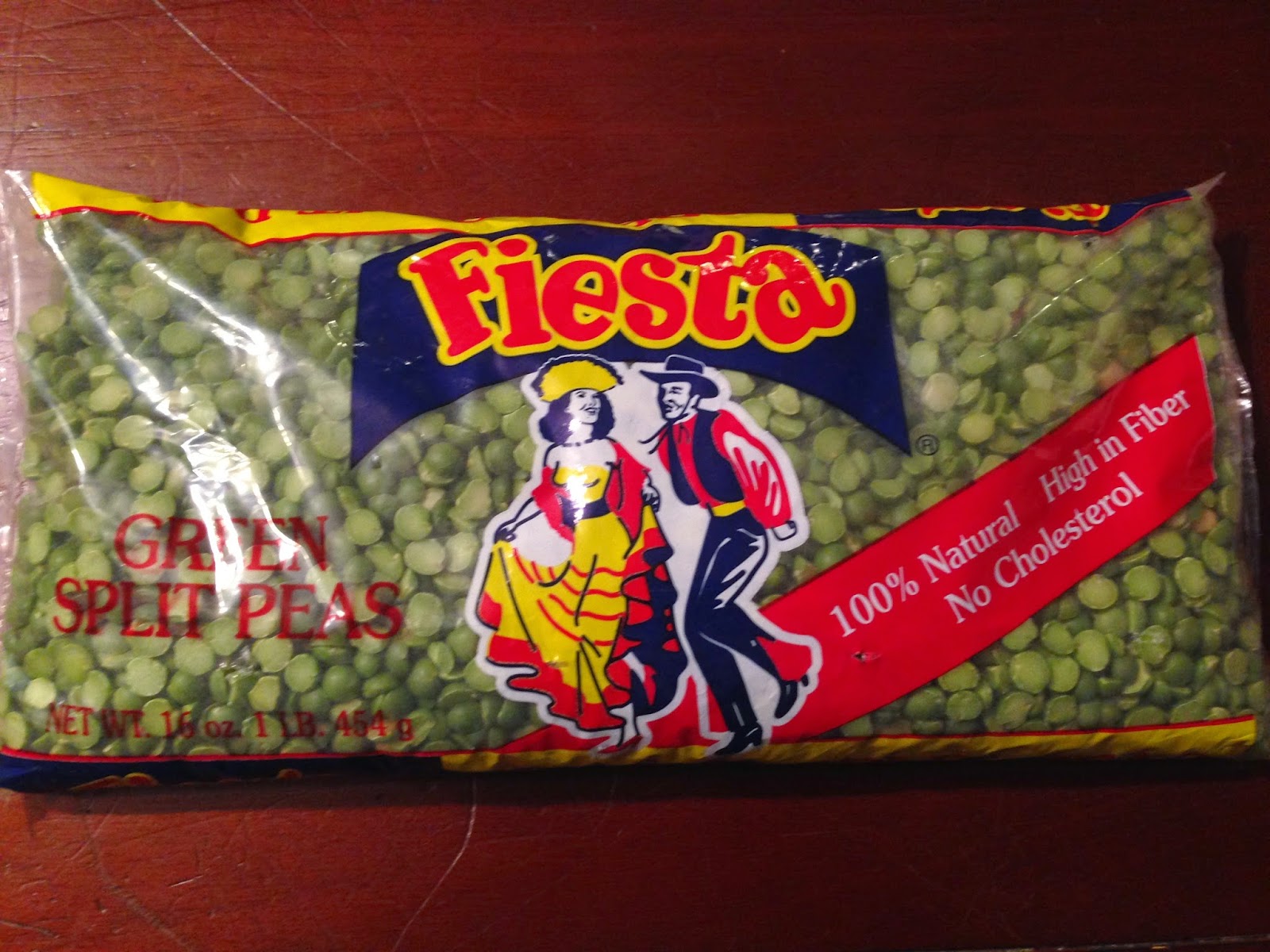 I went home with my bag of peas and looked around on Pinterest until I found a few recipes that looked tasty and easy. I chose about 3 recipes that looked good, read them over, and then decided to wing it and make my own (based on what I saw on the other recipes...with a few additions!) You guys. I don't mean to be a brag, but I'm telling you this was the BEST split pea soup I have EVER had in my life. Maybe it was just the pride in knowing I made it myself, but it was so amazing! I'll be making it a ton more now - knowing how easy and tasty it is. YUM! 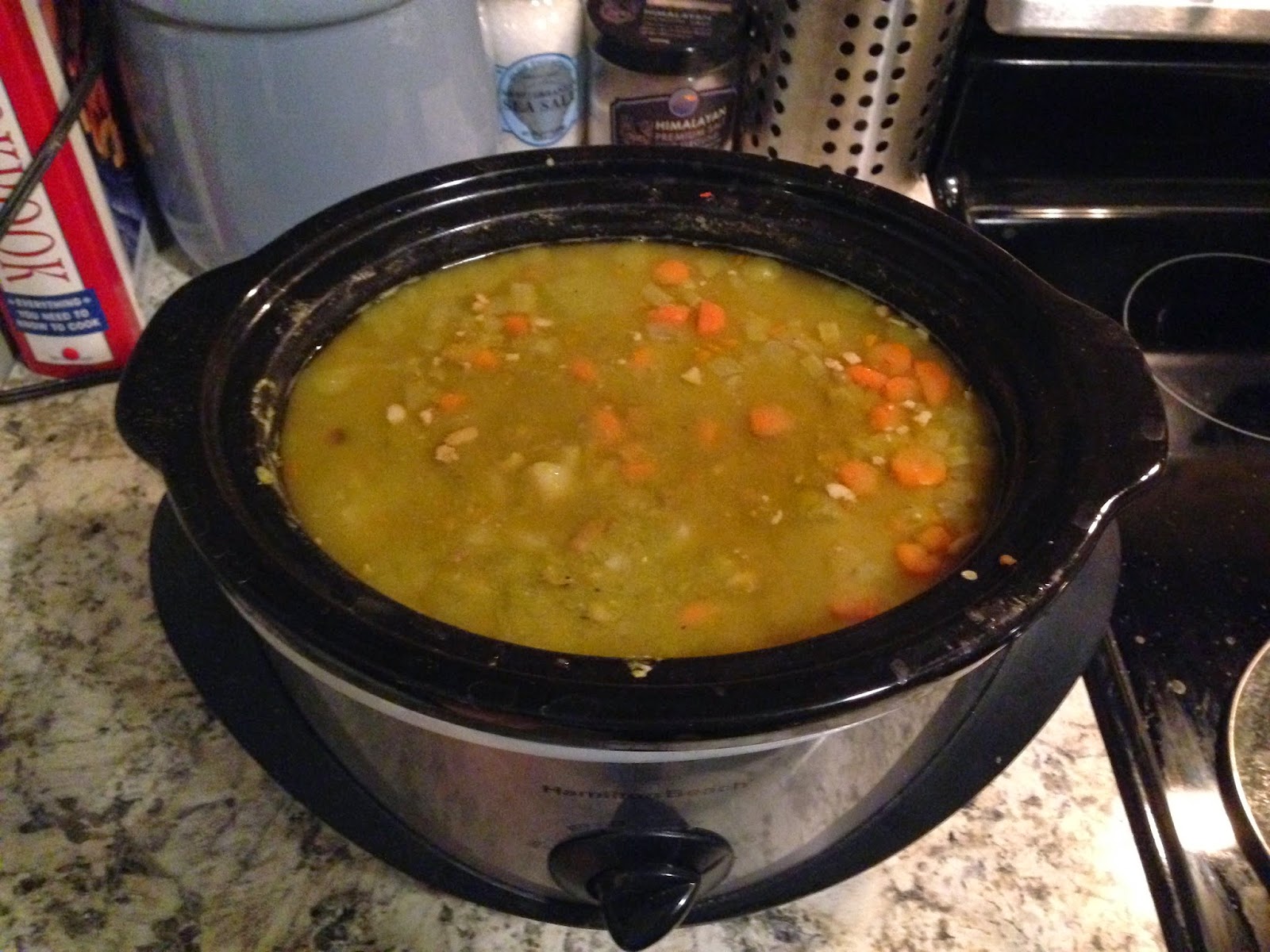 1 lb bag of dried split peas (rinsed and picked over - pick out the yucky ones)
8 cups of chicken broth (or veggie broth if you are vegan/vegetarian)
4 carrots, chopped
3-4 potatoes, peeled and diced
3 celery stalks, chopped small
1 onion, diced small
Chunks of ham or crumbled cooked bacon (if desired)
1/2 tsp of cumin
1/2 tsp thyme leaves
1/2 tsp oregano
1 bay leaf (to be pulled out when soup is ready to eat!)
2 tsp garlic powder
1/2 tsp paprika
1/2 tsp ground sage
2-3 tsp Cavender's All Purpose Greek Seasoning (see pic below if you don't know what this is)
Pinch of salt (to taste)
Pinch of pepper (to taste - I used Lawry's Seasoned Pepper)

1. Combine all ingredients in a LARGE CrockPot and cook on low for about 7-8 hours (or on high for about 4-5 hours). Don't be shy with the ingredients and spices, add a little more if you want!
2. You will know the soup is ready when the peas start to break down and the soup starts turning green and "pea-ish" when you stir it. I kept thinking I was doing something wrong because all day it just looked like little green peas in water. The peas finally started "mushing up" real good at the very end, that's when I knew it was ready.
3. Take out the bay leaf and enjoy!

PS: Here's the Cavender's Greek Seasoning, in case you don't know what I'm talking about - this stuff is SO delicious! (Credit for this amazing stuff goes to Christine, whose spice cupboard I was rummaging around in on Thanksgiving... If you don't have this in your spice cupboard, go to the store and get it. Right now. That's an order.) 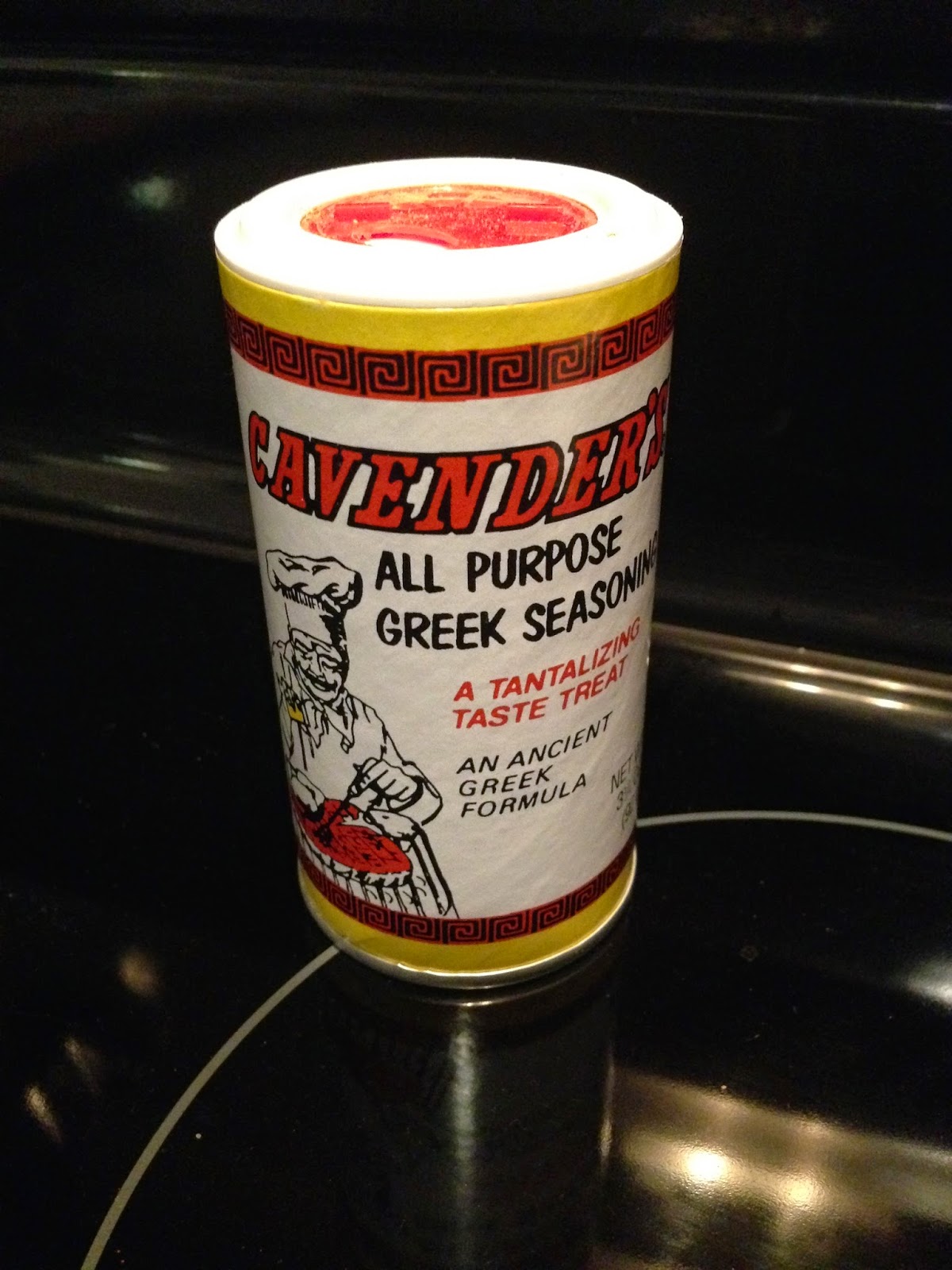 I hope you enjoy the soup - let me know if you try it!