Charlie is a true Lego boy - a Lego Addict, really. Legos are ALL, and I do mean ALL he plays with during the day. Legos litter our carpet, our kitchen table, our bathroom counter, Charlie's bed, our bed, our couch, our car, the bottom of my purse, etc, etc, etc...

Charlie is always working on some little project with these things. I often find "interesting" Lego creations around the house. He doesn't like to use them in normal ways. No, Charlie likes to push the limits of "oddness" with the stuff he makes.

Found this one a couple days ago, some sort of two-headed, bi-gendered, 10-legged, loudspeaker dude: 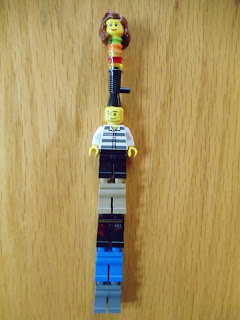 I didn't know Lego had a ZZ Top line? 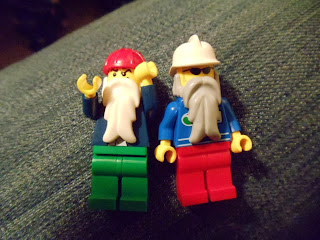 But today? Today's creation takes the cake. It is some sort of twisted carnival ride, complete with the creepiest riders I've ever seen. This is the stuff my nightmares are made of.
First we have "faceless turban dude": 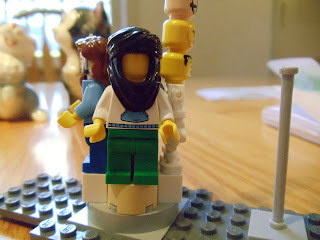 Giver 'er a spin and we meet this lovely character, an angry Russell Crow (with light red facial hair): 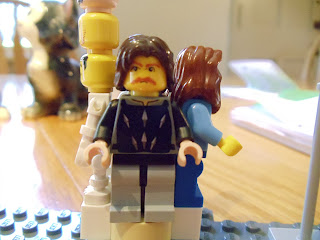 Pull the lever and next up is "bearded, disgruntled auto-worker lady": 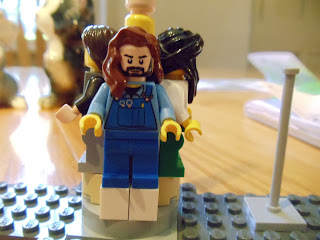 Last up is "dead skeleton man with normal alive face": 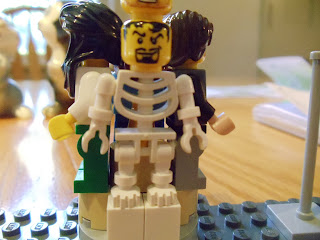 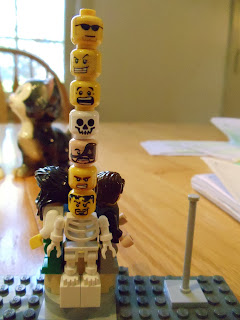 Ehhhhhhh!!! I seriously see this stuff in my dreams, folks.
Speaking of Lego litterings and the general junked-out-ness of our house and stuff, Shawn built this awesome built in shelving unit to contain some of Charlie's collections: 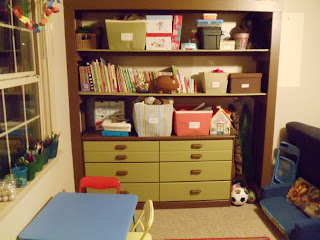 Isn't that amazing?! Shawn is seriously talented at that kind of stuff. I was so impressed!
Really, though, I don't mind the constant messy state of our house when I'm rewarded with treasures like this one, an early Valentine for mommy:

"I LOB YOO"
Charlie has a nightly ritual of talking and singing to himself in the bathroom mirror. We have the 3 mirrors where you can fold 2 of them in and then look around and see hundreds of your own reflection. Charlie will stand on his stool and talk to the hundreds of "Charlie's" every night. It is hilarious to watch! He gets the biggest kick out of himself(s)! 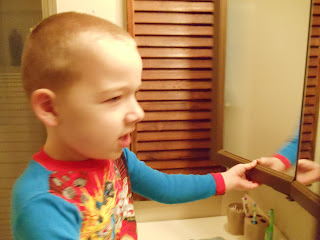 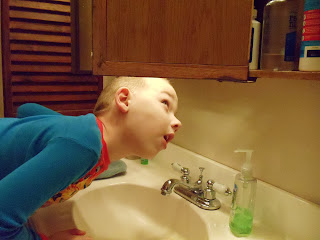 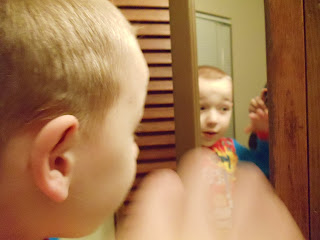 I realize I kind of "skipped over" Christmas on the blog, but the most exciting part was definitely the fire alarms we all woke up to early on Christmas morning! Everything turned out to be fine (other than the flaming apples on my mom's stove), but it was a scary few minutes for sure!
Here's my sister's gang chilling on our couch to escape the smoke: 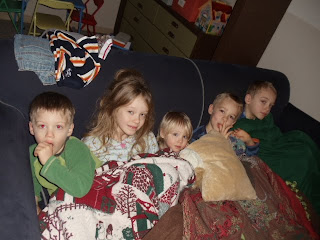 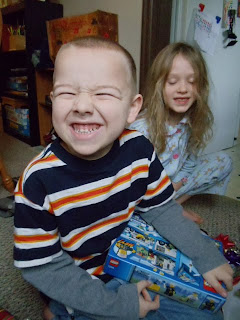