Wow, it's been a while! I'm almost 24 weeks along with little BOY #2, and he seems to be very healthy - and he reminds me of this often with LOTS of kicking around in there. He is especially fond of giving my bladder a good beating... No seriously, though. He. Is. VERY. Fond.
Here are a couple pictures taken just yesterday - Shawn took some of me when I realized we don't have ANY pictures yet of this pregnancy. Oops! 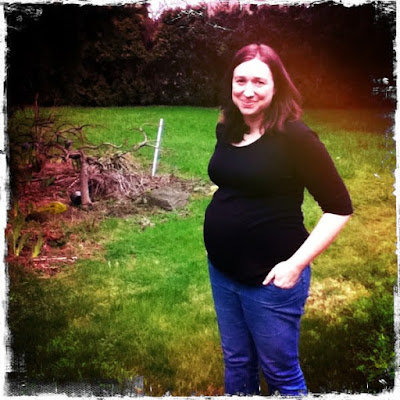 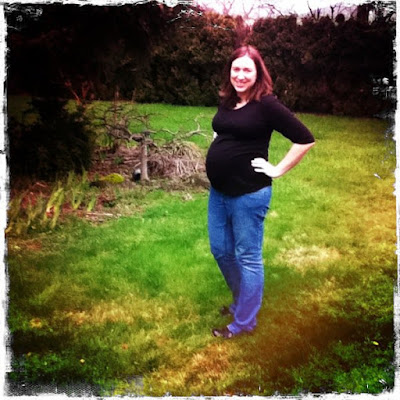 So. We were originally thinking about the name "Tucker" for the little guy. Shawn and I both really like it, and so does Charlie. But...now we're leaning a little more towards "Drew", short for "Andrew" (Shawn's middle name). WE CAN'T DECIDE! Any opinions? Votes? Complaints???
In other news, we had some real good, but short-lived, March snow! Here's out our front window, looking at the driveway. 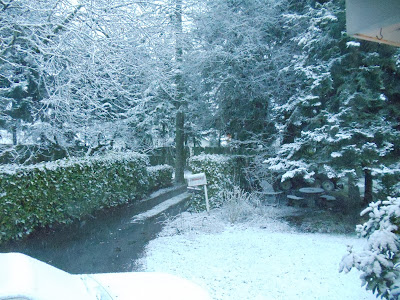 And the barn - so pretty! 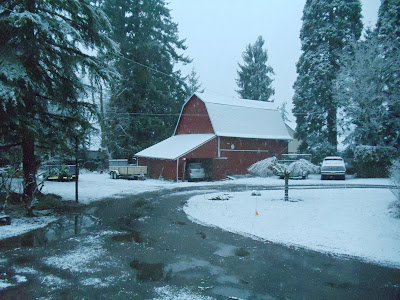 Charlie even got a real live icicle out of the deal! 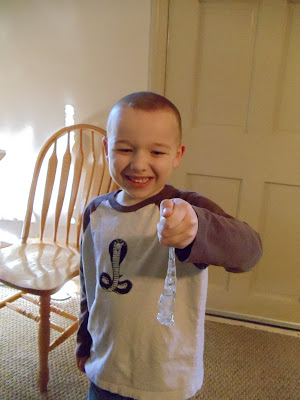 In case you were wondering, Charlie is still into making creepy/odd lego creations - daily. Here's a small sampling of the kinds of things I find around the house.
"Dinosaur Head Man" and his crew of "Black-Headed White Skeleton with One Black Arm and One Black Leg" and a random assortment of "Bad Animals" and "Guys with Frogs on Their Heads Holding Bad Animals". 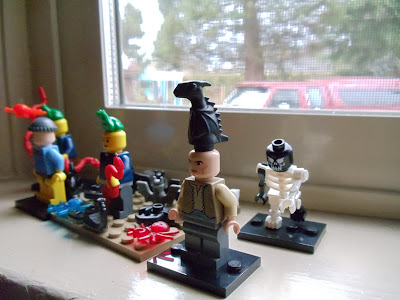 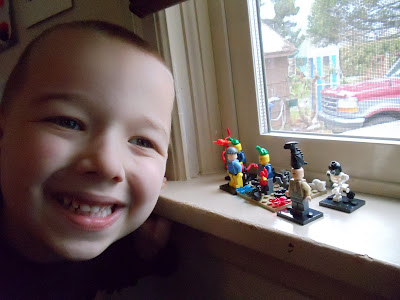 We find lots of "Totem Poles" around, too. Here's a "Totem Pole-Headed Snow-Boarder" and his friends, "The White-Bearded Fisherman", "Indiana Jones" (who just happens to ALWAYS be the star and ALWAYS be the one everyone loves), and last but not least, "White-Head Covering, Four-Legged Computer-Hunchback Guy". 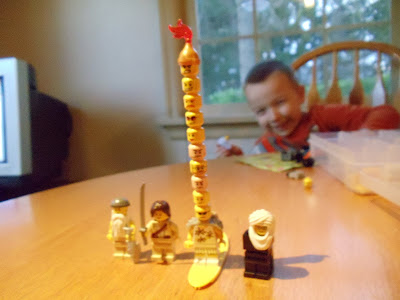 "But Mars, what do you mean, 'Four-Legged Computer-Hunchback'?", you ask? See for yourself. Pure creepiness, I tell you. 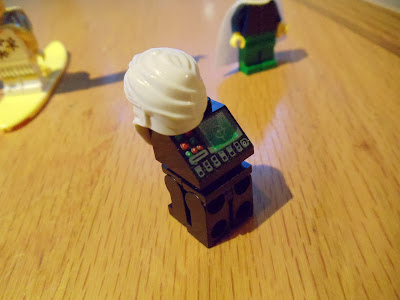 Charlie has got to be just the coolest kid ever. He has the sweetest heart and spirit I have ever seen. He told me yesterday, "Mom, everyone gets to choose what they are going to be. Good or bad." Me: "What are you going to choose to be?" Charlie: "Oh, mom. I already chose. I'm good."
Also yesterday, I told him the baby can hear him now, from inside my tummy. He immediately puts his face right up to my stomach, and says, in a very serious and strong, yet sweet voice, "I love you."

Does it get any sweeter than that?

Cousin Blake has been really sick for a few months - and now has mono! :( But that won't keep us away! I'm not saying we don't bring our Purell along...but, Charlie still gets to hang with his best buddy. Here they are, a very feverish Blake and his bud Charlie joining him in his little quarantined area to keep him company, or as it may be, just boss him around a little. ;) 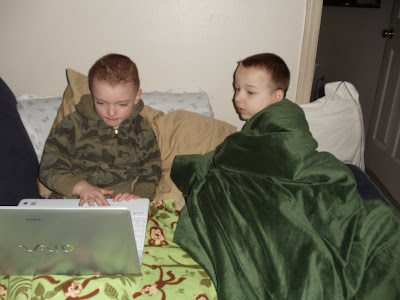